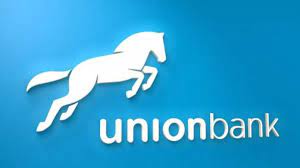 At the close of trial, the court awarded the Respondents general damages in the sum of N5,000,000.00 (Five Million Naira) and special damages in the sum of N1,580,000.00 (One Million Five Hundred and Eighty Thousand Naira). The Appellant dissatisfied appealed to the Court of Appeal. The Court of Appeal dismissed the appeal but reduced the general damages to N2, 000,000.00 (Two Million Naira). Still dissatisfied, the Appellant appealed to the Supreme Court.

Learned counsel for the Appellant submitted that the facts pleaded in the statement of claim do not contain full particulars required by law to establish the claim for special damages and in the absence of credible evidence in proof of the special damages claimed the award on special damages has no leg to stand upon.

In response learned counsel to the Respondents submitted that the claim for special damages had been fully proved as required by law as the facts had been admitted by the Appellant in its statement of defence. The Respondents had in paragraphs 26 and 27 of their statement of claim alleged that they had made payments towards the settlement of the 2nd Respondent’s indebtedness.

The Supreme Court in resolving the issue stated that what called for determination was whether the facts pleaded in support of the claim by the Respondents in their statement of claim contained distinct particulars which were said to have been admitted in the Appellant’s statement of defence.

The court in setting aside the special damages awarded by the trial court had this to say: “In this respect, I must emphasize that the law is firmly established that special damages must be pleaded with distinct particularity and strictly proved and as such a court is not entitled to make an award of special damages based on conjecture or on some fluid and speculative estimate of alleged loss sustained by a plaintiff. See Dumez (Nigeria) Limited v. Ogboli (1972) 1 All N.L.R. 241; Osuji v. Isiocha (1989) 3 N.W.L.R. (Pt. 111) 623 and Jaber v. Basma (1952) 14 WACA 140.

Therefore, as far as the requirements of the law are concerned on the award of special damages, a trial court cannot make its own individual or arbitrary assessment of what it conceives the plaintiff may be entitled to. What the law requires in such a case is for the court to act strictly on the hard facts presented before the court and accepted by it as establishing the amount claimed justifying the award. …

Although the plaintiffs/respondents also pleaded in paragraphs 33 and 34 of their statement of claim that they were making average sale of N20,000.00 per day before their business premises was sealed upon 3rd August, 1999 and therefore suffered loss of earning of the same amount of N20,000.00 per day for the period their business premises remained sealed, there was no credible evidence on record to support the averments.

This of course shows that the entire case of the plaintiffs/respondents on the relief of special damages claimed by them, was built entirely on estimated sale and expected earnings per day which are not enough to satisfy the requirement of pleading precisely the actual amount of loss suffered and strictly proving the same by credible evidence in proving their claim for special damages. That claim or relief ought to have failed and dismissed by the trial court.

The court below was therefore in error in affirming the trial court’s award of special damages of N20,000.00 per day to the plaintiffs/respondents. In the circumstances of this case, the decisions of the two courts below which were arrived at in the absence of pleading of the particulars of special damages and credible evidence to prove the same were perverse and therefore liable to be set aside.

Accordingly for the foregoing reasons, the appeal is allowed on this issue. The special damages of the sum of N1, 580,000.00 awarded to the plaintiffs/ respondents by the trial court and affirmed by the court below, is hereby set aside and replaced with an order dismissing the claim.” This summary is fully reported at (2013) 1 CLRN info@clrnltd.com see also SC221/2005 (http://judgment.supremecourt.gov.ng/cat.php?year_id=2011)