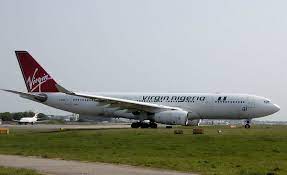 Case Summary Special Case: Fair Hearing – Courts should look at both Statement of Claim and Statement of Defence and consider all material evidence.

The Respondent voluntarily resigned his appointment with the Appellant after it came to light that he obtained a loan without the express authority of the Appellant’s Board of Directors and in breach of the terms of an All Assets Debenture between the Appellant and its primary banker.

The Respondent subsequently entered into a Separation Agreement with the Appellant which set out the terminal benefits due to him in consequence of his resignation. The Appellant made part-payment but did not complete the payment. The Respondent instituted an action at the High Court of Lagos State to recover the balance.

The Appellant counterclaimed stating that under his employment terms, the Appellant was not entitled to any benefit. Furthermore, its then Managing Director had no authority to enter into the purported Separation Agreement. During pre-trial conferencing, the Respondent’s counsel filed a Special Case for the opinion of the court and sought relief in the form of payment of the monies due to the Respondent, interest and costs.

After hearing arguments, the judge ruled in favour of the Respondent and granted all the reliefs sought. The Appellant was dissatisfied with the ruling and appealed to the Court of Appeal. Out of the issues formulated by the parties, the Court of Appeal distilled three issues. One of which is: “Whether the lower Court was right in granting the reliefs sought by the Respondent in his Special Case thereby entering final judgment in the matter at the interlocutory stage of the proceedings.”

Learned counsel for the Appellant submitted that Order 28 of the High Court of Lagos State (Civil Procedure) Rules (“the Rules”), required the trial court to give its opinion on the question of law and not to give final judgment on the merit when there were matters which are required to be proved by law. Learned counsel further argued that the Court acted without jurisdiction when it proceeded to determine the substantive claim and grant all the reliefs sought at the interlocutory stage of the proceedings.

Counsel submitted further that the Appellant joined issues with the Respondent on the validity and legality of the purported Separation Agreement and therefore it was necessary for evidence to be led to prove the respective positions of each party.

On the other hand, learned counsel for the Respondent submitted that it is clear from the provisions of Order 28 Rule 1 that the trial court is empowered not only to give its opinion on the questions stated for Special Case but also to draw from the facts and documents stated in any such Special Case any inference, whether of fact or law, which might have been drawn from them if proved at a trial.

Once the questions in the Special Case were resolved by the trial Court in the Respondent’s favour, there was nothing left for the Court to do but to grant the reliefs sought. Unanimously allowing the appeal, the Court of Appeal held as follows: “The problem here however is the one-sided approach of the Trial Judge in drawing her inferences.

A look at the Ruling of the Court reveals that the Trial Judge did not pay any attention whatsoever to the facts, documents or even the objection raised by the appellant. The Trial Judge took time to review, analyze and weigh the respondent’s case as presented in the Statement of Claim and the Special Case. However she did not review the Statement of Defence or any of the documents pleaded by the appellant.

The Courts have emphasized in many judicial authorities that a court has a duty to consider all material evidence and issues before it. See Okeke-Oba v. Okoye (1994) 8 NWLR (Pt 364) 610, where the court observed:- “A Judge has a duty to pronounce specifically on an application or issue properly sought or raised by the parties at the Trial and failure to decide one way or the other is a serious error” Justice cannot be done unless a court strains to ensure that all the facts and issues put before it by both parties are considered before arriving at a decision.

The failure of the Trial Court to consider the case and submissions of the appellant is a miscarriage of Justice which renders the judgment perverse. Respondent’s counsel had submitted that once the two questions in the Special Case were resolved by the trial Court in the respondent’s favour, there was nothing left for the Court to do but to grant the Reliefs sought and that this scenario is distinguishable from a situation where judgment is given at the interlocutory stage.

It is not in doubt that a case may end at the pre-trial stage where the opinion expressed by the Trial Judge completely answers the question stated, but in the instant case, I agree with the appellant that there were disputed facts which needed to be resolved by oral evidence. …